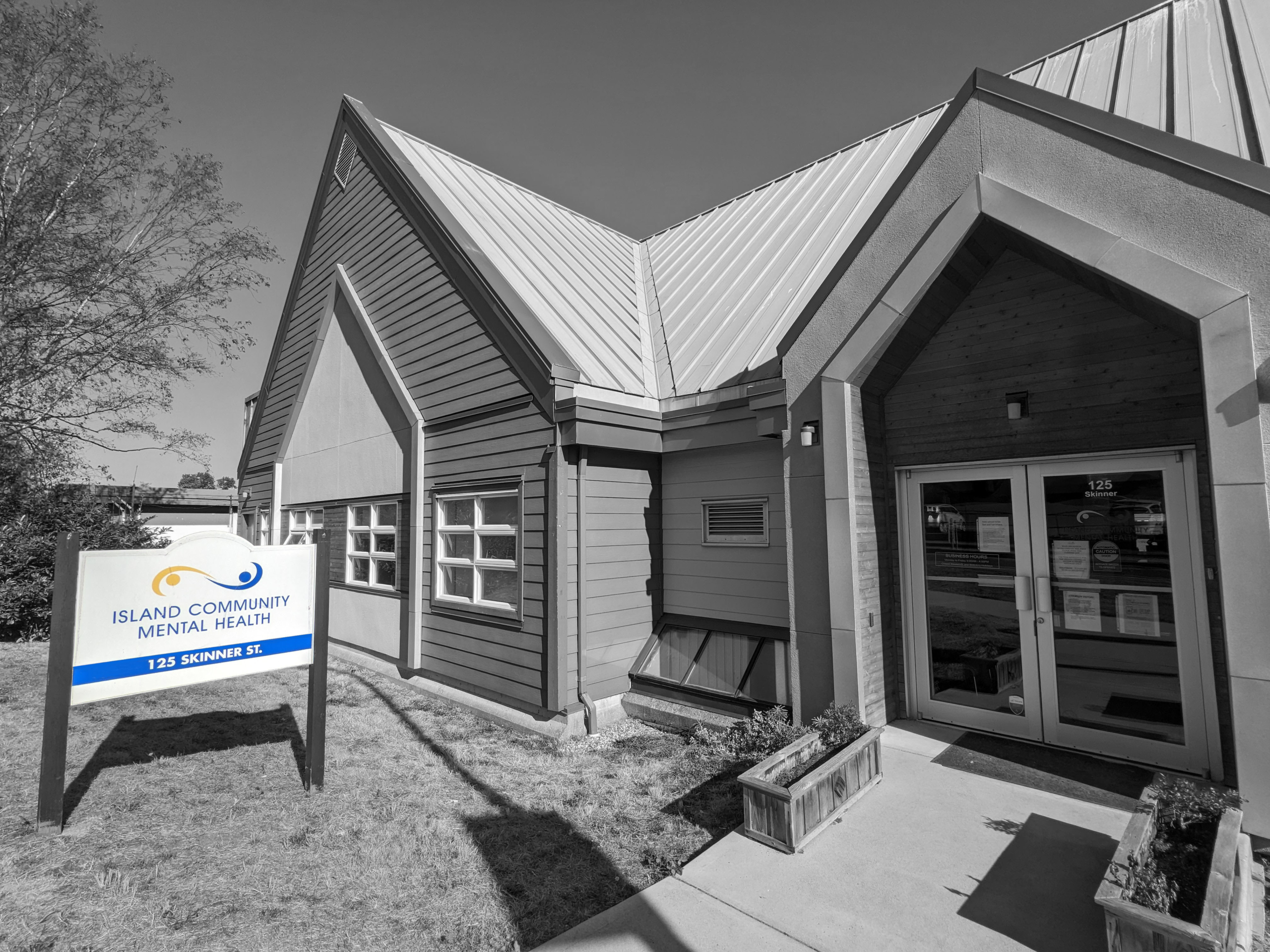 ICMHA offers a variety of programs and opportunities for adults aged 19 and over who are experiencing  mental health challenges.

At Island Community Mental Health each person is treated as an individual.

We provide a client-centered and strengths-based approach to support you in taking the steps to meet your goals.

Our services are designed to promote hope and recovery and offer people experiencing a mental condition the supports needed to achieve success in their life.

We do this by promoting individual recovery through evidence-based programs, housing, community partnerships, client and family involvement.

Mental Health Disorders often have no visible manifestations and, therefore, may go unnoticed. Experiencing a mental illness may be isolating, sometimes feel frightening or embarrassing and may seem overwhelming. Whether you have a mental health condition, or you are someone with a loved one who has a mental health condition, you should know that your current experience does not have to be the end of the road and… recovery is possible. At Island Community Mental Health, we know that it is possible to have a mental health condition and still lead a life that is fulfilling, with the capacity to work, enjoy recreational activities, volunteer, develop relationships and be an active member of your community.

Generalized Anxiety Disorder (GAD) – ongoing, extreme tension that interferes with daily functioning. Constant worry, even when there is nothing to worry about.
Panic Disorder – overwhelming feeling of being in danger, with several physical symptoms such as sweating, shaking, chest pains, dizziness, nausea, chills, hot feverish feeling, etc. For most people these episodes come on with little or no warning, so the fear of having one may prevent a person from going out, driving, attending a certain activity, for example, where an attack happened previously.
Phobias – uncontrollable, irrational, and ongoing fear of a specific place, thing, or activity. For example, many people may be afraid of poisonous snakes, and this is quite rational. But some are just as afraid of garter snakes, or house spiders, which are not in any way dangerous. To the extent that the fear is great, and interferes with daily activities, it can be seen as a phobia.
Social Phobia/Social Anxiety Disorder – Significant or extreme discomfort associated with social situations. Many people are shy or anxious about going to social gatherings. This condition is reflecting a much more extreme reaction, almost to the point of the symptoms expressed above in the section on Panic Disorder. NB: this is the condition most often associated with suicidal thoughts, which is evidence of the pain experienced by people with this condition.
Obsessive-Compulsive Disorder – Obsessions are frequently-occurring irrational thoughts that cause great anxiety but cannot be controlled by reasoning. Compulsions are rituals that a person feels compelled to go through in attempting to control his or her anxieties. Examples of compulsive behaviours might be: finger tapping of a certain duration, excessive cleaning, always walking into a room in a certain direction.
Post-Traumatic Stress Disorder – A person who has survived a severe physical or emotional event, will, if he/she has Post Traumatic Stress Disorder, re-experience it frequently through flashbacks or realistic nightmares. Other symptoms may include sleep disorders, feelings of guilt, hopelessness, depression, feeling numb or detached, and unable to experience usual feelings of caring or love, for example. Often with anxiety disorders there is a co-existing disorder, such as clinical depression or/and substance abuse.

Bipolar disorder, also known as manic depression, is an illness involving one or more episodes of serious mania and depression. The illness causes a person’s mood to swing from excessively “high” and/or irritable to sad and hopeless, with periods of a normal mood in between. More than 2 million Americans suffer from bipolar disorder.

Borderline Personality Disorder (BPD) is a serious psychiatric illness. People with BPD have difficulty regulating their emotions and controlling their impulses. They often act out their emotions or impulses, either through intense displays of anger, or through self-injurious or suicidal behavior. Although self-injury often occurs without suicidal intent, a significant number of people with BPD die by suicide. Despite the seriousness of the disorder, recent research indicates that treatment can lead to considerable improvement over time, and there is hope for recovery.

This set of conditions is descriptive of behaviours or pervasive traits, rather than what is called Axis I disorders. They are usually terms for clusters of behaviours and these are often characteristic of disruptive lifestyles.

Some of the clusters are:

Often the person feels mistreated or misjudged – exhibiting a hypersensitivity to being unfairly treated. They may also exhibit restricted feelings: lack of sense of humour, absence of tender feelings, pride in being cold and unemotional. They can be often connected to abuse in childhood. Often a sense of abandonment. Considerable manipulation issues.

From a pamphlet on Borderline Personality Disorder, “2% of the population has it, 75% of those diagnosed with it are women, 20% of psychiatric inpatients have that diagnosis, 54% of those with it also have a substance use disorder, 75% have been physically or sexually abused, most are bright, funny, witty, the ‘life of the party’.” . . . adults who are uncertain of the truth of their own feelings and who are confronted by 3 “dialectics” they have failed to master:

Depression, sometimes combined with anxiety disorder, is the most prevalent mental illness and, in its most severe forms, can be life threatening. There have been estimates that depression costs the Canadian economy millions of dollars a year in lost productivity, absenteeism from work, and other indirect costs including hospitalization, medication that is subsidized, etc.

Symptoms of depression include:

Mood Disorders Assocation offers two support groups in Victoria, plus many others in British Columbia.

Generalized Anxiety Disorder (GAD) – ongoing, extreme tension that interferes with daily functioning. Constant worry, even when there is nothing to worry about.
Panic Disorder – overwhelming feeling of being in danger, with several physical symptoms such as sweating,

Panic disorder is characterized by unexpected and repeated episodes of intense fear accompanied by very disturbing physical symptoms. These sensations often mimic symptoms of a heart attack or other life-threatening medical conditions. As a result, the diagnosis of panic disorder is frequently not made until extensive and costly medical procedures fail to provide a correct diagnosis or relief.

People with panic disorder experience frequent, unprovoked panic responses that involve some or all of the following symptoms:

A serious brain disorder that affects how a person thinks, feels and behaves. Symptoms can include:

Symptoms can develop slowly over several months or they can appear suddenly.

There may be periods of remission and relapse.

Early treatment of an initial episode is very important.

Onset (the beginning of the illness) usually happens in early adulthood (late teens or early 20s).