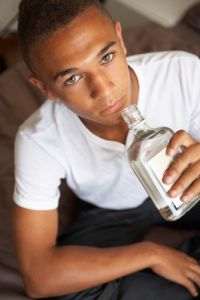 A new study suggests both school bullies and their victims are likely to abuse alcohol after a bullying episode.
University of Cincinnati researchers examined bullying, recent alcohol use and heavy drinking episodes among more than 54,000 7th – 12th grade students in schools across Greater Cincinnati, including the tri-state regions of Ohio, Kentucky and Indiana.
Keith King, Ph.D., along with Rebecca Vidourek, Ph.D., discovered more than 38 percent of students were involved in school violent victimization, defined as ranging from verbal intimidation to threatening with and using a weapon.

Investigators also determined that school violent victimization was associated with increased odds of recent alcohol use and heavy drinking among males and females and across 7th-12th grades.
Click here to read more.