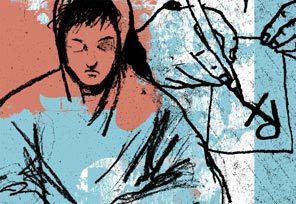 The recent Seattle Times series on “boarding” of psychiatric patients in emergency rooms is like a scene out of “One Flew Over the Cuckoo’s Nest,” circa 2013.
Seattle Times Editorial A compelling fiscal and moral case can be made that the chronic neglect of Washington’s mental-health system has reached “epidemic” proportions.
That word leaps out of recent stories by Seattle Times reporter Brian M. Rosenthal about the inhumane “boarding” of psychiatric patients in hospital emergency rooms.
Due to an acute shortage of psychiatric beds, Rosenthal found involuntarily committed patients were boarded 4,566 times in the past 12 months. They linger for days on end, usually without psychiatric care and often strapped down.
It is “One Flew Over the Cuckoo’s Nest,” circa 2013.
The Department of Social and Health Services estimates the practice wastes $10.8 million a year. But that number is grossly low.
It doesn’t account for worsening of patients’ illness, thereby extending needed treatment. Nor does it include hospitals’ uncompensated costs of shoehorning psychiatric patients into primary care, or the costs of emergency-room medical staff injured by patients inappropriately parked there.
This is a problem of supply and demand. The Legislature has broadened the criteria for involuntary psychiatric commitment even as the number of inpatient psychiatric beds fell by 252 statewide since 2007. That trend line puts Washington at the bottom in the nation for community psychiatric beds per capita. Click here to continue reading.
https://icmha.ca/wp-content/uploads/2013/11/2021993543.jpg 204 296 Island Community Mental Health https://icmha.ca/wp-content/uploads/log-300x200.png Island Community Mental Health2013-11-22 17:08:002015-01-17 21:55:09Editorial: Washington must treat the mentally ill
0 replies