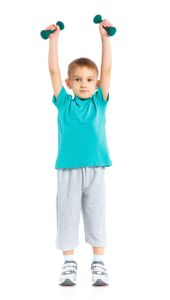 Researchers at Dartmouth College have found that exercise can benefit memory, as well as help children with attention deficit hyperactivity disorder (ADHD).
By Janice Wood Associate News Editor
Reviewed by John M. Grohol, Psy.D. on May 26, 2012

Over the past few years data has shown that exercise creates neurobiological changes, according to David Bucci, an associate professor in the department of psychological and brain sciences.
His latest research finds that the effects of exercise are different on memory, as well as on the brain, depending on whether the exerciser is an adolescent or an adult. Researchers have also identified a gene that seems to mediate the degree to which exercise has a beneficial effect, which has implications for the use of exercise as an intervention for mental illness, Bucci said.
He said he began his pursuit of the link between exercise and memory with ADHD, one of the most common childhood psychological disorders, noting he is concerned that the treatment of choice is medication.
“The notion of pumping children full of psycho-stimulants at an early age is troublesome,” Bucci said. “We frankly don’t know the long-term effects of administering drugs at an early age — drugs that affect the brain — so looking for alternative therapies is clearly important.”
Click here to read more.