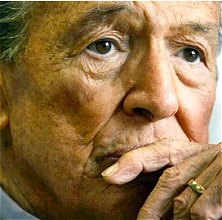 Mike Wallace, who passed away over the weekend at age 93, was known for being a tough CBS 60 Minutes news correspondent.
But he also held onto a secret that is shared by many people in show business and the media — he had suffered from clinical depression.
It started in 1984, when a target of one of his investigative reports — U.S. Army General William C. Westmoreland — sued Wallace for libel for a news story on the Vietnam War. Calling into question his journalistic integrity, the lawsuit quickly drove Wallace into a depressive spiral.
After revealing his feelings to his primary care physician, the doctor suggested Wallace just put his depression aside, “You’re a tough guy. You’ll get through it.”
“Forget the word ‘depression’ because that’ll be bad for your image,” the doctor reportedly told Wallace.
Yet Wallace didn’t just “get through it” without help.
To read more, click here.
https://icmha.ca/wp-content/uploads/2012/04/000001010.jpg 220 222 Island Community Mental Health https://www.icmha.ca/wp-content/uploads/2015/01/logo-branding1.png Island Community Mental Health2012-04-16 20:28:002015-01-17 21:55:41Mike Wallace’s Battle with Depression
0 replies