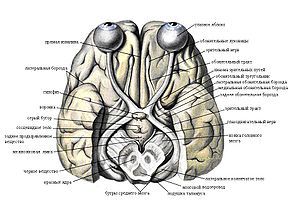 This is the first of a two-part series on yoga: the second, “The Psychology of Yoga,” looks at the psychological changes that yoga has been shown to bring about.
Judging from the number of yoga mats I’ve seen toted aroundManhattan in the last 15 years, I’m pretty sure I was the last person on the island to try it. My relationship with the practice started about six months ago, and I must admit, I fell for it – and hard. I was amazed at the changes it was effecting in my body, and even better, my mind. But the science nerd/Western medicine part of me wondered how, exactly, it was doing this. I could wager some guesses based on what I know about the body, but wanted to talk to some people who actually study this stuff for a living. Click here to read more.
https://icmha.ca/wp-content/uploads/2013/05/300px-Structures_of_brain.jpg 208 300 Island Community Mental Health https://icmha.ca/wp-content/uploads/log-300x200.png Island Community Mental Health2013-05-01 21:04:002015-01-17 21:55:25Penetrating Postures: The Science of Yoga
0 replies