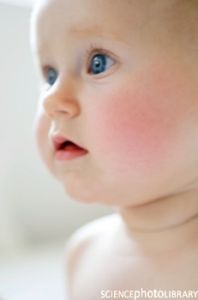 Babies born prematurely are at a much greater risk for developing severe mental disorders including psychosis, bipolar disorder and depression, according to a new study.

Researchers found that individuals born very prematurely (less than 32 weeks) were three times more likely to be hospitalized with a psychiatric illness at age 16 and older than those born full-term.
The scientists believe the increased risk may be due to small but critical differences in brain development if the child is born before the full 40-week gestation period.
The risk varied with each condition. Psychosis was two and a half times more likely for premature babies, severe depression three times more likely, and bipolar disorder 7.4 times more likely for those born before 32 weeks.
Researchers also found smaller but significant increased psychiatric risks for infants born only moderately early, between 32 and 36 weeks.
“Since we considered only the most severe cases that resulted in hospitalization, it may be that in real terms this link is even stronger,” said Chiara Nosarti from the Institute of Psychiatry at King’s College London, who led the research.
Click here to read more.

Depressed? Try This One Simple Tip

Screening for mental illness? Yes, there’s an app for that
Scroll to top