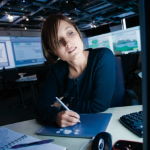 By Douglas Eby
There are many different flavors of video games – and many critical or conflicting studies on their psychological and social impacts. Articles on Psych Central, for example, include Brain Scans Show Violent Video Games Alter Brain Activity, By Rick Nauert PhD and Video Games May Not Enhance Cognitive Skills After All, By Traci Pedersen.
Gaming is not of any particular interest to me, but I was intrigued with a recent newspaper report about Erin Reynolds, a USC cinematic arts graduate student, and her team who are developing a video game that “uses heart-rate sensors to help players learn to stay calm as they wind their way through a decrepit house filled with their characters’ horrific memories.
“She believes her psychological thriller game, Nevermind, can help people develop ways to cope with stress.”
[From USC competition pushes the limits of modern video games, By Matt Stevens, Los Angeles Times December 11, 2011.]
The Nevermind site explains their upcoming game:
“You can’t fix stress – it is a constant force in our everyday lives that spans geographic borders and cultures. However, you can fix the unhealthy, knee-jerk responses many people have to stress and prepare people to face inevitable conflict. This is exactly what Nevermind intends to do.
To keep reading, click here.
https://icmha.ca/wp-content/uploads/2012/02/101010.jpg 150 150 Island Community Mental Health https://www.islandcommunitymentalhealth.ca/wp-content/uploads/2015/01/logo-branding1.png Island Community Mental Health2012-02-01 18:34:002015-01-17 21:55:45Designing Video Games for Mental Health

THURSDAY, Jan. 12 (HealthDay News) — Blogging appears to help teens deal with social problems, according to a new study.
It included 161 Israeli high school students, 124 girls and 37 boys, average age 15, who had some level of social anxiety or distress. They all had difficulty making friends or relating to current friends.
The students were divided into six groups. Four groups were assigned to blog, one group wrote in a private diary about their social problems and one group did nothing.
Two of the blogging groups focused their posts on their social problems, and one of those groups opened their posts to comments. The two other blogging groups were free to write about any topic, and one of those groups also opened their posts to comments.
All the blogging groups posted messages at least twice weekly for 10 weeks.
The researchers assessed all the teens’ self-esteem, everyday social activities and behaviors before, immediately after, and two months after the 10-week experiment.
The teens in the blogging groups showed significant improvements in self-esteem, social anxiety, emotional distress and the number of positive social behaviors, compared to the teens who wrote in a private diary or did nothing.
Click here to read more.
https://icmha.ca/wp-content/uploads/2012/02/0101.jpg 166 121 Island Community Mental Health https://www.islandcommunitymentalhealth.ca/wp-content/uploads/2015/01/logo-branding1.png Island Community Mental Health2012-02-01 18:30:002015-01-17 21:55:45Blogging Can Help Calm Anxious Teens 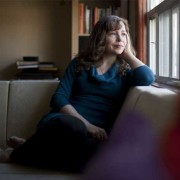 By Iris Winston
Harmony Brown recalls having suicidal thoughts when she was as young as nine years old. She attempted suicide at 17 and went through years of emotional turmoil before finally finding the help she so desperately needed.
It’s a personal history many people in a similar situation would hide even from their closest friends. But Brown talks about it openly because she knows discussing her mental health is a way to give hope to others facing similar challenges.
“I know suicide is preventable,” says Brown, 36, a Toronto-based mental health advocate. “Otherwise, I wouldn’t be here. And I know recovery is possible because I have gone through it.”
To read more click here.
https://icmha.ca/wp-content/uploads/2012/02/00001.jpg 465 620 Island Community Mental Health https://www.islandcommunitymentalhealth.ca/wp-content/uploads/2015/01/logo-branding1.png Island Community Mental Health2012-02-01 18:28:002015-01-17 21:55:45Mental health awareness: ‘Suicide is preventable’