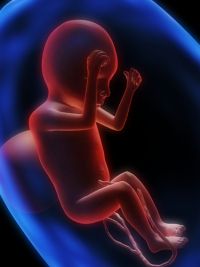 Children who are exposed to “junk food” before birth and during early childhood are at a significantly increased risk for developing mental health problems — including anxietyand depression — while still very young, according to a new study by researchers from Deakin University in Melbourne, Australia.
Researchers found that a greater consumption of unhealthy food during pregnancy, as well as a lack of healthy food in children during the first years of life, was tied to higher levels of behavioral and emotional problems.
“This study comes from the largest cohort study in the world and is the first to suggest that poor diet in both pregnant women and their children is a risk factor for children’s mental health problems,” said lead investigator Felice Jacka, Ph.D.
Several studies by Jacka and her research team, as well as other research groups, have demonstrated a strong link between mood and food. One of Jacka’s previous studies showed that food has a significant effect on mental health and may play a role in the prevention and treatment of common mental disorders such as depression and anxiety in teens.
Other studies have had similar results, showing a link between diet quality and adult mental health. However, the researchers emphasize that maternal and early postnatal nutrition and its effects on children’s subsequent mental health have not been explored.
The new study involved 23,020 women and their children who were a part of the Norwegian Mother and Child Cohort Study (MoBa). Information was received through self-report questionnaires sent to mothers at 17 weeks’ pregnancy and in later pregnancy and at intervals after birth when children were aged 6 months, 1.5 years, 3 years, and 5 years. To continue reading, click here.
https://icmha.ca/wp-content/uploads/2013/11/fetus-ss.jpg 267 200 Island Community Mental Health https://www.icmha.ca/wp-content/uploads/2015/01/logo-branding1.png Island Community Mental Health2013-11-22 17:00:002015-01-17 21:55:11In Young Kids, Junk Food Linked to Mental Illness
0 replies