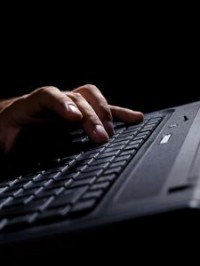 As technology advances the delivery of medical care, telemedicine over the Internet is seen by some as a way to improve access to care while reducing costs.
In many settings, online psychotherapyhas taken the lead in providing this type of care.
Despite the obvious advantages, the central question of whether the online format is as effective as conventional face-to-face therapy has not been closely examined. But some preliminary studies have suggested the techniques are comparable.
Based on these earlier studies, University of Zurich researchers assumed that online therapy and face-to-face therapy were on a par.
Not only was their theory confirmed, the results for online therapy exceeded their expectations.
For the study, researchers reviewed the care provided by six therapists for 62 patients, the majority of whom were suffering from moderatedepression.
The patients were divided into two equal groups and randomly assigned to one of the therapeutic forms.
The treatment consisted of eight sessions with different established techniques that stem from cognitive-behavior therapy and could be carried out both orally and in writing.
Patients treated online had to perform one predetermined written task per therapy unit – such as querying their own negative self-image. They were known to the therapist by name.
“In both groups, the depression values fell significantly,” said Andreas Maercker, M.D., Ph.D., summing up the results of the study. To read more, click here.
https://icmha.ca/wp-content/uploads/2013/08/hands-on-keyboard-SS-e1375231651522.jpg 266 200 Island Community Mental Health https://icmha.ca/wp-content/uploads/log-300x200.png Island Community Mental Health2013-08-14 22:30:002015-01-17 21:55:18Online Psychotherapy Stacks Up Well Against Face-to-Face
0 replies

Benefit plans can help with mental illness, but many still afraid to use th...
Scroll to top
Island Community Mental Health