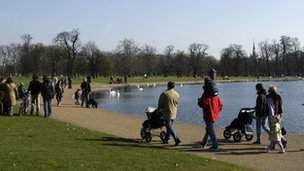 Something as simple as going for a brisk stroll could play an important role in fighting depression, according to researchers in Scotland.
Vigorous exercise has already been shown to alleviate symptoms of depression, but the effect of less strenuous activities was unclear.
A study in the journal Mental Health and Physical Activity showed walking had a “large effect” on depression.
One in 10 people may have depression at some point in their lives.
The condition can be treated with drugs, but exercise is commonly prescribed by doctors for mild symptoms.
Researchers at the University of Stirling scoured academic studies to find data on one of the mildest forms of exercise – walking.
They found eight studies, on a total of 341 patients, which fitted the bill.
To read more, click here
https://icmha.ca/wp-content/uploads/2012/04/001012541.jpg 171 304 Island Community Mental Health https://www.icmha.ca/wp-content/uploads/2015/01/logo-branding1.png Island Community Mental Health2012-04-17 21:40:002015-01-17 21:55:40Walking could be a useful tool in treating depression
0 replies