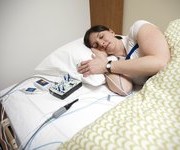 Curing insomnia in people with depression could double their chance of a full recovery, scientists are reporting. The findings, based on an insomnia treatment that uses talk therapy rather than drugs, are the first to emerge from a series of closely watched studies of sleep and depression to be released in the coming year.

The new report affirms the results of a smaller pilot study, giving scientists confidence that the effects of the insomnia treatment are real. If the figures continue to hold up, the advance will be the most significant in the treatment of depression since the introduction of Prozac in 1987.
Depression is the most common mental disorder, affecting some 18 million Americans in any given year, according to government figures, and more than half of them also have insomnia.
Experts familiar with the new report said that the results were plausible and that if supported by other studies, they should lead to major changes in treatment. Click here to continue reading. 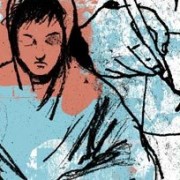 The recent Seattle Times series on “boarding” of psychiatric patients in emergency rooms is like a scene out of “One Flew Over the Cuckoo’s Nest,” circa 2013.
Seattle Times Editorial

A compelling fiscal and moral case can be made that the chronic neglect of Washington’s mental-health system has reached “epidemic” proportions.
That word leaps out of recent stories by Seattle Times reporter Brian M. Rosenthal about the inhumane “boarding” of psychiatric patients in hospital emergency rooms.
Due to an acute shortage of psychiatric beds, Rosenthal found involuntarily committed patients were boarded 4,566 times in the past 12 months. They linger for days on end, usually without psychiatric care and often strapped down.
It is “One Flew Over the Cuckoo’s Nest,” circa 2013.
The Department of Social and Health Services estimates the practice wastes $10.8 million a year. But that number is grossly low.
It doesn’t account for worsening of patients’ illness, thereby extending needed treatment. Nor does it include hospitals’ uncompensated costs of shoehorning psychiatric patients into primary care, or the costs of emergency-room medical staff injured by patients inappropriately parked there.
This is a problem of supply and demand. The Legislature has broadened the criteria for involuntary psychiatric commitment even as the number of inpatient psychiatric beds fell by 252 statewide since 2007. That trend line puts Washington at the bottom in the nation for community psychiatric beds per capita. Click here to continue reading.
https://icmha.ca/wp-content/uploads/2013/11/2021993543.jpg 204 296 Island Community Mental Health https://icmha.ca/wp-content/uploads/log-300x200.png Island Community Mental Health2013-11-22 17:08:002015-01-17 21:55:09Editorial: Washington must treat the mentally ill

OTTAWA — Canada desperately needs a federally funded National Youth Suicide Prevention Fund to help treat the increasing number of youngsters suffering from mental illness, according to a new campaign launched Thursday by the charity group Partners for Mental Health.
The Right By You campaign is urging the federal government to contribute $100 million to the fund over the next four years and is also calling on provincial governments to double, by 2016, the number of children receiving mental health services by contributing $1,000 per child, the equivalent of eight treatment sessions.
About 760 Canadian youngsters commit suicide each year and, says the group, almost all suffered from a mental illness such as depression..
In Ottawa, where young people can wait more than a year for mental health treatment, the demand is increasing dramatically.
In the past year, 2,900 children and youth visited the Children’s Hospital of Eastern Ontario (CHEO) for a mental health emergency — an increase of 64 per cent since 2009-10. It is the highest number of pediatric emergency mental health visits in the province.
Currently, according to Partners for Mental Health, only 25 per cent of young Canadians who need mental health care actually get it.
“It’s a reflection of how underfunded mental health services are across the life span but particularly for children and youth” said CHEO’s psychiatry department chief Simon Davidson Thursday. Click here to continue reading.
https://icmha.ca/wp-content/uploads/log-300x200.png 0 0 Island Community Mental Health https://icmha.ca/wp-content/uploads/log-300x200.png Island Community Mental Health2013-11-22 17:06:002015-01-17 21:55:09Charity lobbies for $100M national youth mental health program
DAVID ANDREATTA
The Globe and Mail
Published Wednesday, Sep. 18 2013, 9:50 AM EDT
Last updated Thursday, Sep. 19 2013, 9:07 AM EDT
One in six Canadians believe they needed mental health care in the past year, yet a third of them did not get adequate help, according to a Statistics Canada report.
The report, released Wednesday, was the first of its kind and one that mental health experts say sheds light on the gap between supply and demand for services.Its findings were based on data culled from the agency’s 2012 Canadian Community Health Survey, which polled more than 25,000 people over the age of 15.
The agency’s last mental health poll was in 2002. The survey at that time, however, measured only the prevalence of select mental health disorders and not individuals’ perceptions of whether they needed help.
Paul Kurdyak, a clinical psychiatrist and director of health systems research at the Centre for Addiction and Mental Health in Toronto, said the findings offered a fresh perspective.
“The perception of needing help is something that needs to be given some importance,” Dr. Kurdyak said. “People don’t seek help based on whether they meet some criteria [for a mental disorder]; they seek help based on whether they think they need it. That is a relevant shift.” For more, click here.
https://icmha.ca/wp-content/uploads/log-300x200.png 0 0 Island Community Mental Health https://icmha.ca/wp-content/uploads/log-300x200.png Island Community Mental Health2013-11-22 17:04:002015-01-17 21:55:10One in six Canadians said they required mental-health care in last year: Statscan 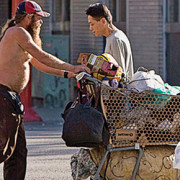 A man is walking his dog on a Vancouver evening when a stranger with a knife guts him so severely his internal organs are exposed. A mother and five-year-old daughter are out for a stroll when a mentally ill woman grabs the child, swings her around by her hair and slams her face-first onto the sidewalk. Two people leaving a comedy club are ﬁred on by a deranged man. One is grazed in the head by a bullet before the shooter turns the gun on himself and dies in the street. These random attacks were cited last week by Vancouver Police Chief Jim Chu as he and Mayor Gregor Robertson urged senior governments to address the growing crisis of untreated mental illness.
“These people require health care, support and medical treatment, not the criminal justice system,” says Chu. Mental illness is now a factor in 21 per cent of all police incidents; there’s been a fivefold increase in police apprehensions under the Mental Health Act since 2002, and the downtown emergency room of St. Paul’s Hospital has seen a 43 per cent increase in persons with severe mental illness and/or serious addiction.
Both men pin some of the blame on provincial downsizing since the 1980s of the Riverview Psychiatric Hospital, which treated and housed 4,600 people at its peak in the 1950s. While Riverview was often condemned as a warehouse for the mentally ill, the alternative has turned many vulnerable people onto the chaotic streets of the Downtown Eastside, with limited treatment and an open-air drug market.
Chu and Roberston want 300 secure mental health treatment beds, a hospital crisis centre and better treatment options at provincial housing facilities. B.C. Health Minister Terry Lake says the problem needs more study. Click here to read on.
https://icmha.ca/wp-content/uploads/2013/11/MAC38_NATNOTES01.jpg 290 660 Island Community Mental Health https://icmha.ca/wp-content/uploads/log-300x200.png Island Community Mental Health2013-11-22 17:02:002015-01-17 21:55:11Vancouver urges government to act on untreated mental illness 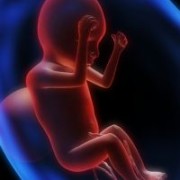 Children who are exposed to “junk food” before birth and during early childhood are at a significantly increased risk for developing mental health problems — including anxietyand depression — while still very young, according to a new study by researchers from Deakin University in Melbourne, Australia.
Researchers found that a greater consumption of unhealthy food during pregnancy, as well as a lack of healthy food in children during the first years of life, was tied to higher levels of behavioral and emotional problems.
“This study comes from the largest cohort study in the world and is the first to suggest that poor diet in both pregnant women and their children is a risk factor for children’s mental health problems,” said lead investigator Felice Jacka, Ph.D.
Several studies by Jacka and her research team, as well as other research groups, have demonstrated a strong link between mood and food. One of Jacka’s previous studies showed that food has a significant effect on mental health and may play a role in the prevention and treatment of common mental disorders such as depression and anxiety in teens.
Other studies have had similar results, showing a link between diet quality and adult mental health. However, the researchers emphasize that maternal and early postnatal nutrition and its effects on children’s subsequent mental health have not been explored.
The new study involved 23,020 women and their children who were a part of the Norwegian Mother and Child Cohort Study (MoBa). Information was received through self-report questionnaires sent to mothers at 17 weeks’ pregnancy and in later pregnancy and at intervals after birth when children were aged 6 months, 1.5 years, 3 years, and 5 years. To continue reading, click here.
https://icmha.ca/wp-content/uploads/2013/11/fetus-ss.jpg 267 200 Island Community Mental Health https://icmha.ca/wp-content/uploads/log-300x200.png Island Community Mental Health2013-11-22 17:00:002015-01-17 21:55:11In Young Kids, Junk Food Linked to Mental Illness 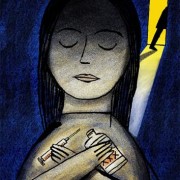 No one brings dinner when your daughter is an addict. When my wife was diagnosed with breast cancer, we ate well. Mary Beth and I had both read the terrifying pathology report of a tumor the size of an olive. The surgical digging for lymph nodes was followed by months of radiation. We ate very well.
Friends drove Mary Beth to her radiation sessions and sometimes to her favorite ice cream shop on the half-hour drive back from the hospital. She always ordered a chocolate malt. Extra thick.
Our family feasted for months on the lovingly prepared dishes brought by friends from work and church and the neighborhood: chicken breasts encrusted with parmesan, covered safely in tin foil; pots of thick soup with hearty bread; bubbling pans of lasagna and macaroni and cheese. There were warm home-baked rolls in tea towel–covered baskets, ham with dark baked pineapple rings, scalloped potatoes, and warm pies overflowing with the syrups of cherries or apples. To continue reading, click here.
https://icmha.ca/wp-content/uploads/2013/11/131107_family_addictIllo.jpg.CROP_.promovar-medium2.jpg 523 354 Island Community Mental Health https://icmha.ca/wp-content/uploads/log-300x200.png Island Community Mental Health2013-11-13 22:35:002015-01-17 21:55:12Comfort Food 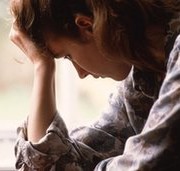 Depression is the second most common cause of disability worldwide after back pain, according to a review of research. The disease must be treated as a global public health priority, experts report in the journalPLOS Medicine.
The study compared clinical depression with more than 200 other diseases and injuries as a cause of disability.
Globally, only a small proportion of patients have access to treatment, the World Health Organization says.
Depression was ranked at number two as a global cause of disability, but its impact varied in different countries and regions. For example, rates of major depression were highest in Afghanistan and lowest in Japan. In the UK, depression was ranked at number three in terms of years lived with a disability.
Dr Alize Ferrari from the University of Queensland’s School of Population Health led the study.
“Depression is a big problem and we definitely need to pay more attention to it than we are now,” she told BBC News. Click here to continue reading.
https://icmha.ca/wp-content/uploads/2013/11/70939300_m2450002-depression-spl.jpg 171 304 Island Community Mental Health https://icmha.ca/wp-content/uploads/log-300x200.png Island Community Mental Health2013-11-07 20:29:002015-01-17 21:55:13Depression: 'Second biggest cause of disability' in world