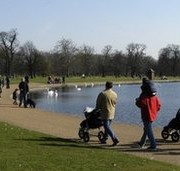 Something as simple as going for a brisk stroll could play an important role in fighting depression, according to researchers in Scotland.
Vigorous exercise has already been shown to alleviate symptoms of depression, but the effect of less strenuous activities was unclear.
A study in the journal Mental Health and Physical Activity showed walking had a “large effect” on depression.
One in 10 people may have depression at some point in their lives.
The condition can be treated with drugs, but exercise is commonly prescribed by doctors for mild symptoms.
Researchers at the University of Stirling scoured academic studies to find data on one of the mildest forms of exercise – walking.
They found eight studies, on a total of 341 patients, which fitted the bill.
To read more, click here
https://icmha.ca/wp-content/uploads/2012/04/001012541.jpg 171 304 Island Community Mental Health https://www.icmha.ca/wp-content/uploads/2015/01/logo-branding1.png Island Community Mental Health2012-04-17 21:40:002015-01-17 21:55:40Walking could be a useful tool in treating depression 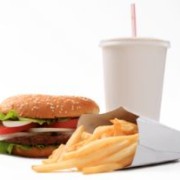 There is a direct relationship between eating fast food or commercial baked goods (doughnuts, cakes, croissants) and the risk of developing depression, according to a recent study by scientists from the University of Las Palmas de Gran Canaria and the University of Granada.
The findings reveal that consumers of fast food are 51 percent more likely to develop depression than minimal or non-consumers.
Furthermore, the connection between the two is so strong that “the more fast food you consume, the greater the risk of depression,” said Almudena Sánchez-Villegas, Ph.D., lead author of the study.
The results also showed that those participants who ate the most fast food and commercial baked goods were more likely to be single, less active and have poor dietary habits (eating less fruit, nuts, fish, vegetables and olive oil). It was also common for individuals in this group to smoke and work over 45 hours per week.
The results were equally consistent in regard to the consumption of commercial baked goods. “Even eating small quantities is linked to a significantly higher chance of developing depression,” said Sánchez-Villegas.
The study sample consisted of 8,964 participants who were part of the SUN Project (University of Navarra Diet and Lifestyle Tracking Program). The subjects had never been diagnosed with depression or taken antidepressants. They were assessed for an average of six months, and during this time, 493 were diagnosed with depression or had started to take antidepressants.
To read more, click here.
https://icmha.ca/wp-content/uploads/2012/04/030105210.jpg 207 250 Island Community Mental Health https://www.icmha.ca/wp-content/uploads/2015/01/logo-branding1.png Island Community Mental Health2012-04-16 23:01:002015-01-17 21:55:41Fast Food Linked to Depression

1University of Kentucky, Lexington, KY, USA
Brea L. Perry, University of Kentucky, 1515 Patterson Office Tower, Lexington, KY 40506, USA E-mail: breaperry@uky.edu
Abstract
Although research supports the stigma and labeling perspective, empirical evidence also indicates that a social safety net remains intact for those with mental illness, recalling the classic “sick role” concept. Here, insights from social networks theory are offered as explanation for these discrepant findings. Using data from individuals experiencing their first contact with the mental health treatment system, the effects of diagnosis and symptoms on social networks and stigma experiences are examined. The findings suggest that relative to those with less severe affective disorders, individuals with severe diagnoses and more visible symptoms of mental illness have larger, more broadly functional networks, as well as more supporters who are aware of and sympathetic toward the illness situation. However, those with more severe diagnoses are also vulnerable to rejection and discrimination by acquaintances and strangers. These findings suggest that being formally labeled with a mental illness may present a paradox, simultaneously initiating beneficial social processes within core networks and detrimental ones among peripheral ties.
To read more, click here. 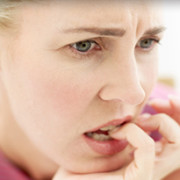 Did I remember to lock the back door? Did I turn off the stove? Were the lights still on when I left the house this morning?
Such minor doubts are part our daily mental chatter. But for more than 650,000 Canadians who suffer from obsessive compulsive disorder (OCD), thoughts along these lines can lead to compulsive checking — a potentially debilitating behaviour that keeps the sufferer locked in an endless cycle of fear and doubt.For Concordia University’s Adam Radomsky, a professor in the Department of Psychology and the director of the Centre for Clinical Research in Health at Concordia, finding a viable treatment for these individuals is driving research freshly funded by the Canadian Institutes for Health Research (CIHR).Based on previous work conducted with colleagues at the University of British Columbia and the University of Reading in the United Kingdom, Radomsky is now testing a novel approach to treatment for compulsive checking that could just mean vast improvements in the quality of life of countless individuals.
To read more, click here.
https://icmha.ca/wp-content/uploads/2012/04/012010.jpg 205 320 Island Community Mental Health https://www.icmha.ca/wp-content/uploads/2015/01/logo-branding1.png Island Community Mental Health2012-04-16 20:44:002015-01-17 21:55:41Overcoming obsessive-compulsive disorder 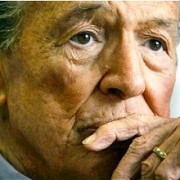 Mike Wallace, who passed away over the weekend at age 93, was known for being a tough CBS 60 Minutes news correspondent.
But he also held onto a secret that is shared by many people in show business and the media — he had suffered from clinical depression.
It started in 1984, when a target of one of his investigative reports — U.S. Army General William C. Westmoreland — sued Wallace for libel for a news story on the Vietnam War. Calling into question his journalistic integrity, the lawsuit quickly drove Wallace into a depressive spiral.
After revealing his feelings to his primary care physician, the doctor suggested Wallace just put his depression aside, “You’re a tough guy. You’ll get through it.”
“Forget the word ‘depression’ because that’ll be bad for your image,” the doctor reportedly told Wallace.
Yet Wallace didn’t just “get through it” without help.
To read more, click here.
https://icmha.ca/wp-content/uploads/2012/04/000001010.jpg 220 222 Island Community Mental Health https://www.icmha.ca/wp-content/uploads/2015/01/logo-branding1.png Island Community Mental Health2012-04-16 20:28:002015-01-17 21:55:41Mike Wallace’s Battle with Depression 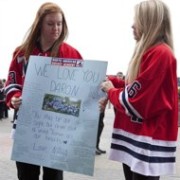 TORONTO – The suicide rate for Canadian girls aged 10 to 19 has risen over the last few decades, but decreased for boys of the same age, a study has found.
The report in Monday’s issue of the Canadian Medical Association Journal also found suffocation — including hanging — is the most common method for both young males and females.
“We found overall that suicide rates among 10- to 19-year-olds decreased slightly,” said Robin Skinner, a senior epidemiologist at the Public Health Agency of Canada, who co-wrote the study using data from 1980 to 2008. Overall, the suicide rate fell on average by one per cent each year.
“However, when we analyze males and females a little bit further and by age group, we discovered that among male children and adolescents, the suicide rates are generally decreasing, while the suicide rates among the female children and adolescents are increasing,” she said from Ottawa.
Suicide rates for girls aged 10 to 14 rose to 0.9 per 100,000 in 2008 from 0.6 per 100,000 in 1980. Rates for female teens aged 15 to 19 went up to 6.2 per 100,000 increased from 3.7 per 100,000 during the same period.
To read more, click here.
https://icmha.ca/wp-content/uploads/2012/04/03245451.jpg 190 190 Island Community Mental Health https://www.icmha.ca/wp-content/uploads/2015/01/logo-branding1.png Island Community Mental Health2012-04-02 20:44:002015-01-17 21:55:41Suicide among females 10-19 up slightly, but down for males of same age: study 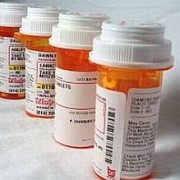 Associate News EditorReviewed by John M. Grohol, Psy.D. on March 21, 2012
When doctors prescribe antipsychotic medications, they may be basing their diagnoses on incomplete information, according to new research.
In a followup study to a highly publicized 2008 report that demonstrated that antidepressant drug trials were selectively published, exaggerating the drugs’ effectiveness, researchers at Oregon Health & Science University (OHSU) found similar concerns exist, though to a somewhat lesser extent, with antipsychotic drugs.
The researchers reached these conclusions by reviewing 24 FDA-registered premarketing trials for eight second-generation antipsychotics: aripiprazole (Abilify), iloperidone (Fanapt), olanzapine (Zyprexa), paliperidone (Invega), quetiapine (Seroquel), risperidone (Risperdal), risperidone long-acting injection (Consta), and ziprasidone (Geodon). They then compared the results in the FDA’s review documents to the results presented in medical journals.
The researchers found that four premarketing trials submitted to the FDA — which yielded unflattering results — remained unpublished. Three showed the new antipsychotic drugs had no significant advantage over a placebo. In the fourth, the drug was superior to a placebo, but it was significantly inferior to a much less expensive competing drug, the researchers note.
In the published trials, there was some evidence that the journal articles over-emphasized efficacy of the new drug, the researchers noted. For example, an FDA review revealed that one of the newer drugs, iloperidone (Fanapt), was statistically inferior to three different competing drugs, but this information was not mentioned in the corresponding journal articles, the OHSU researchers found.
To read more, click here.
https://icmha.ca/wp-content/uploads/2012/04/052454.jpg 219 240 Island Community Mental Health https://www.icmha.ca/wp-content/uploads/2015/01/logo-branding1.png Island Community Mental Health2012-04-02 18:22:002015-01-17 21:55:42Publication Bias May Give MDs an Incomplete Picture of Antipsychotics

By Newsroom America Staff at 31 Mar 15:25
(Newsroom America) — Scientists in Spain have linked heavy consumption of fast foods such as hamburgers, hotdogs and pizza with depression.
According to the recent study headed by scientists from the University of Las Palmas de Gran Canaria and the University of Granada, eating commercial baked goods (fairy cakes, croissants, doughnuts, etc.) and fast food (hamburgers, hotdogs and pizza) is linked to depression.
Published in the Public Health Nutrition journal, the results reveal that consumers of fast food, compared to those who eat little or none, are 51% more likely to develop depression.
Furthermore, a dose-response relationship was observed. In other words this means that “the more fast food you consume, the greater the risk of depression,” explains Almudena Sánchez-Villegas, lead author of the study, to SINC.
The study demonstrates that those participants who eat the most fast food and commercial baked goods are more likely to be single, less active and have poor dietary habits, which include eating less fruit, nuts, fish, vegetables and olive oil. Smoking and working more than 45 hours per week are other prevalent characteristics of this group.
With regard to the consumption of commercial baked goods, the results are equally conclusive. “Even eating small quantities is linked to a significantly higher chance of developing depression,” as the university researcher from the Canary Islands points out.
The study sample belonged to the SUN Project (University of Navarra Diet and Lifestyle Tracking Program). It consisted of 8,964 participants that had never been diagnosed with depression or taken antidepressants. They were assessed for an average of six months, and 493 were diagnosed with depression or started to take antidepressants.
This new data supports the results of the SUN project in 2011, which were published in the PLoS One journal. The project recorded 657 new cases of depression out of the 12,059 people analysed over more than six months. A 42% increase in the risk associated with fast food was found, which is lower than that found in the current study. 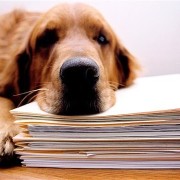 By Nick Collins, Science Correspondents
6:53PM BST 30 Mar 2012
82 Comments
Although bringing a pet to work could come with practical difficulties, a trial at an American company suggested it improved people’s job satisfaction.
Dog owners also reported that it reduced their feelings of stress, which previous studies suggest can lead to higher rates of absence and lower productivity.
Researchers from Virginia Commonwealth University studied 75 people at a manufacturing company where each day for a trial week 20 to 30 people were allowed to bring their dogs to work.
Using samples of saliva taken throughout the day they compared levels of stress hormones among people who brought in their pets, people who owned dogs but left them at home, and staff who did not have pets.
First thing in the morning there was no difference between the groups, but during the day stress levels declined among people who had their dogs by their side and increased among the other two groups.
Related Articles
Should I be allowed to bring my dog to work? 13 Oct 2011
Having dogs in the workplace appeared to improve morale among all members of staff, regardless of whether their pets were present, the researchers reported in the International Journal of Workplace Health Management.
To read more, please click here.
https://icmha.ca/wp-content/uploads/2012/04/01201001.jpg 388 620 Island Community Mental Health https://www.icmha.ca/wp-content/uploads/2015/01/logo-branding1.png Island Community Mental Health2012-04-02 17:02:002015-01-17 21:55:42Dogs could lower stress at work